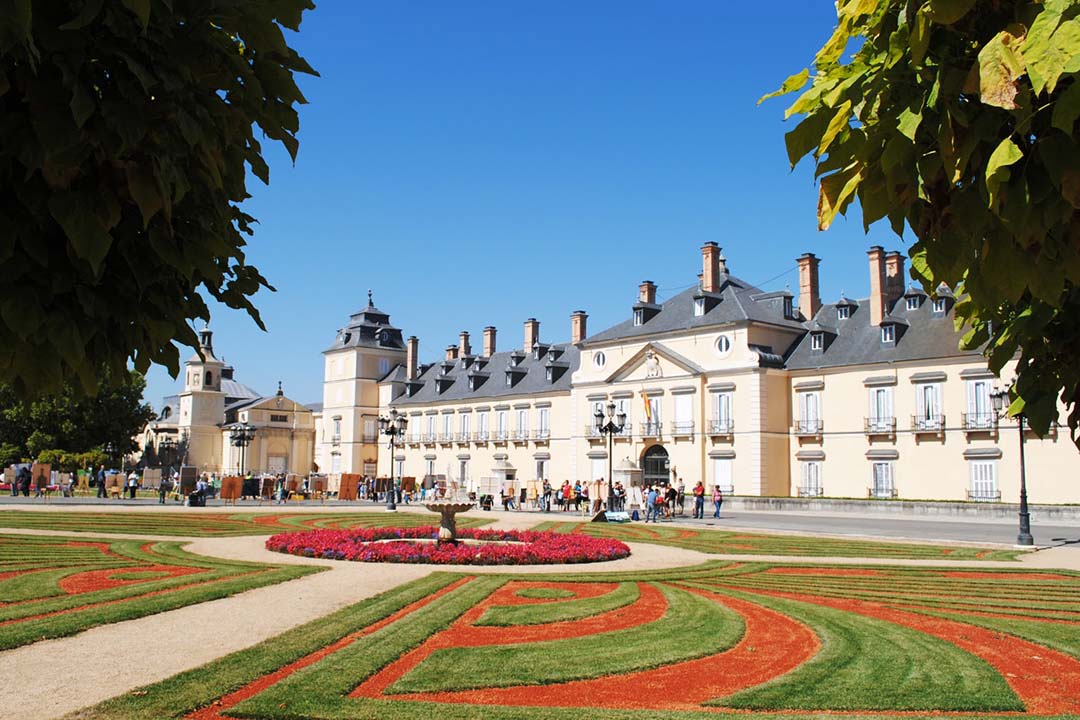 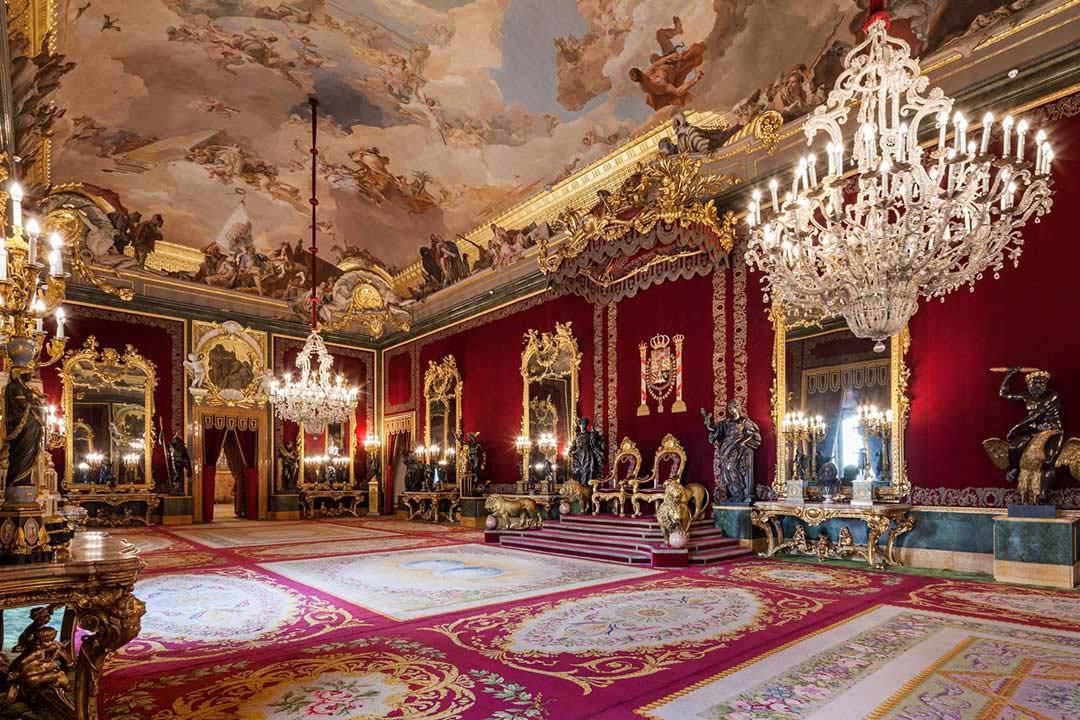 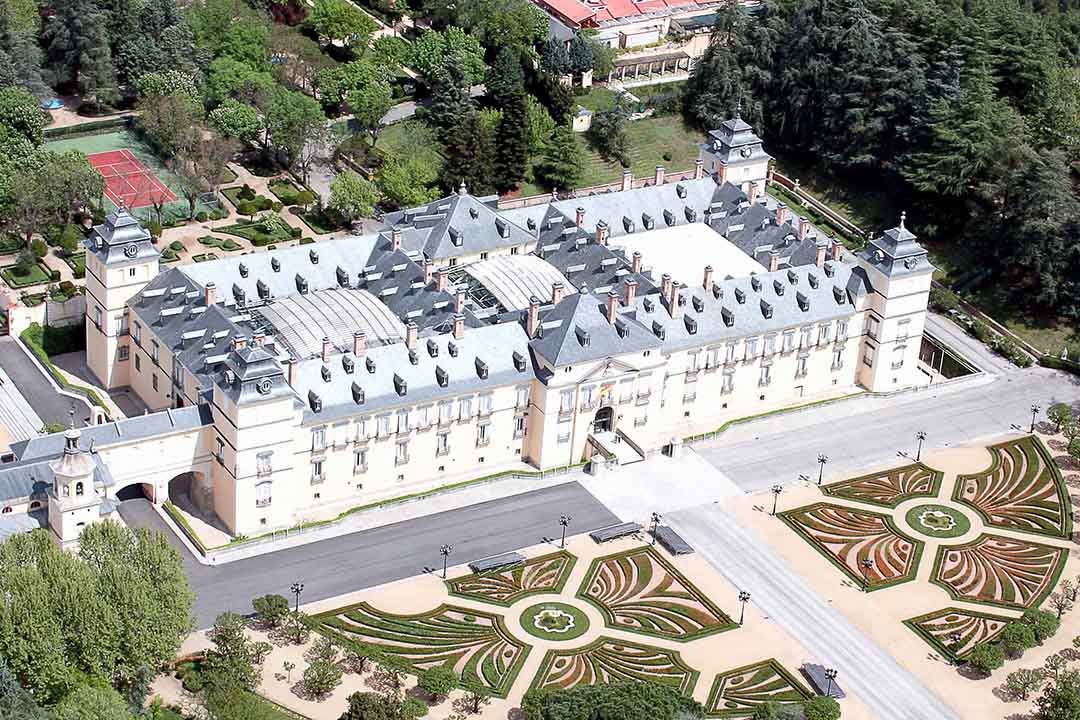 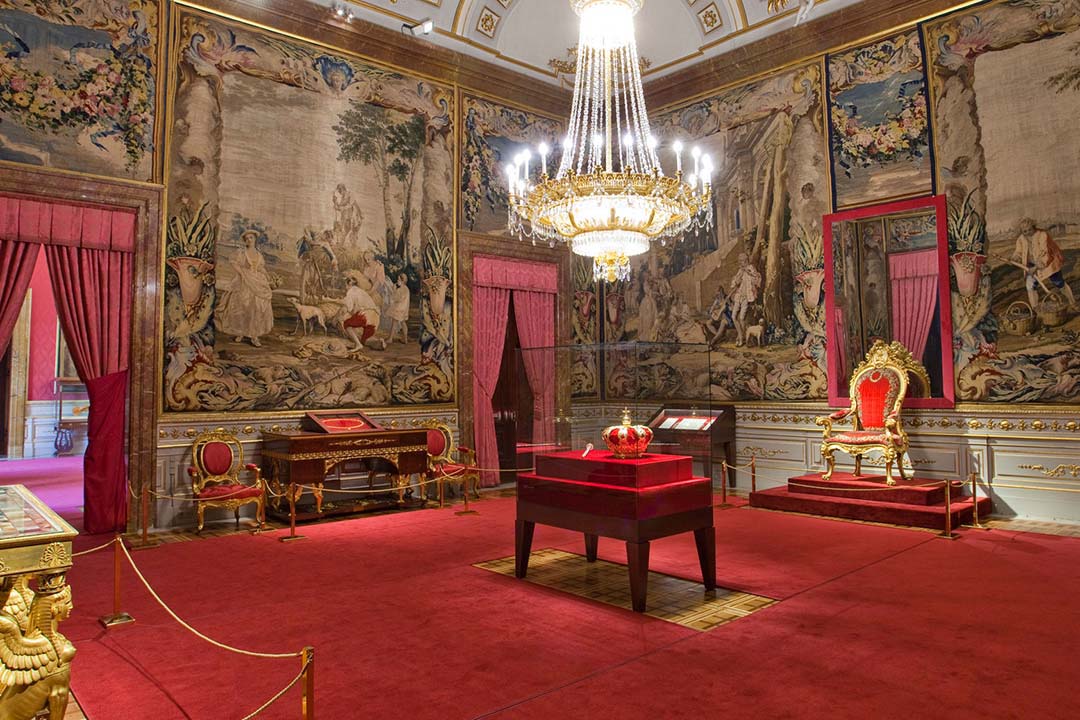 This Royal Palace  is on El Pardo Hill of Madrid, which has almost 16,000 hectares of woodland, to the north of the city.

It was built in the 16th century, during the reign of Philip II, over the remains of a small castle that Charles I constructed in the 15th century. This is why El Pardo Palace inherited the structure of a medieval castle with towers at the corners, surrounded by a moat.

Besides its architectural beauty, the monument is also outstanding for its interior decoration. It has wonderful tapestries following the compositions of artists like Bayeu and Goya. You can also see 18th- and 19th-century furniture, and works of art such as Juan de Flandes’ Portrait of Isabella the Catholic and Ribera’s Portrait of Don Juan José de Austria on horseback.

Since 1983 it has been used as a residence of foreign heads of state on official visits to Spain.

The palace has many beautiful French chandeliers. All the ceilings are decorated with paintings and frescoes, as well as big gold medallions. There are large gold framed mirrors on the walls, and French style furniture, all in very good condition, with recent refurbishing of the materials.

You can visit the apartments where heads of state stay. It is worthy of being the Residence for Foreign Heads of State, and visiting heads of state will not find fault with anything in the palace.

The visit of the palace is only with the professional tour guide. 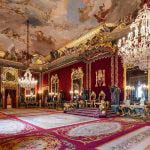 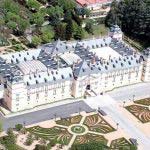 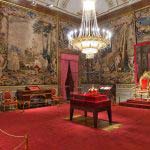