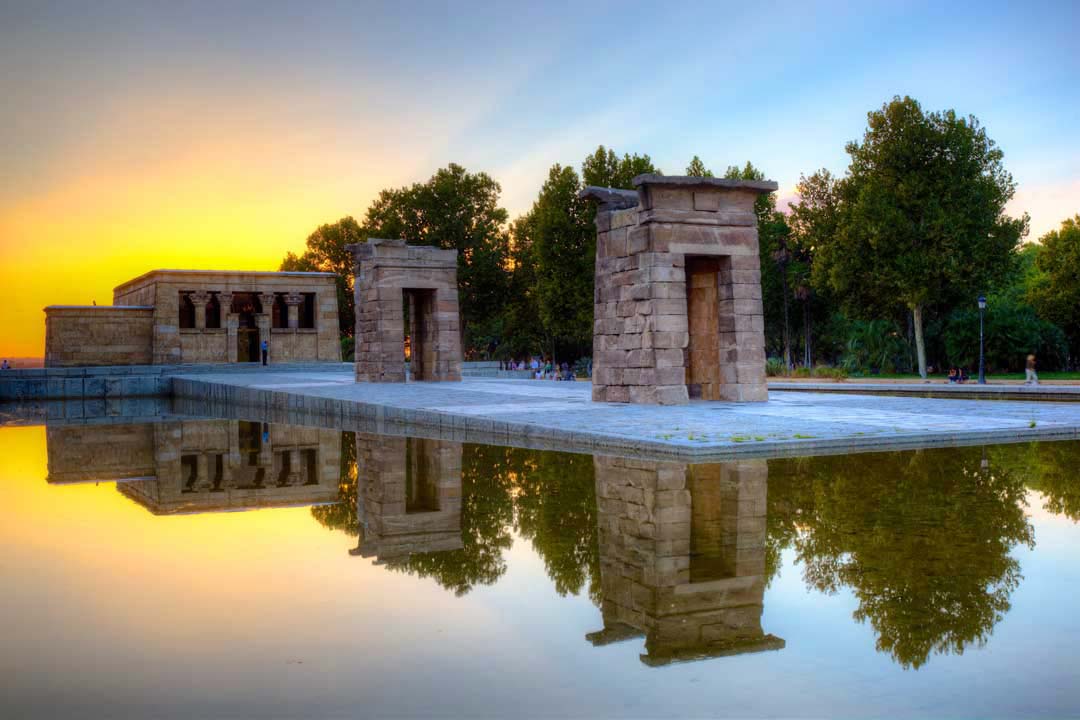 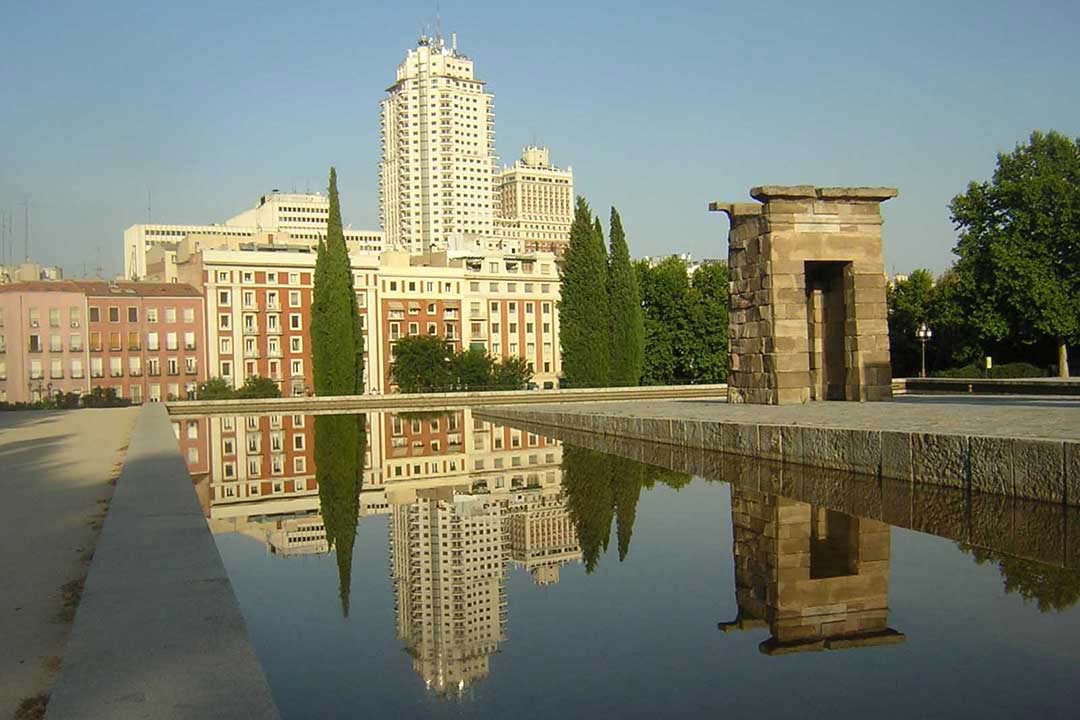 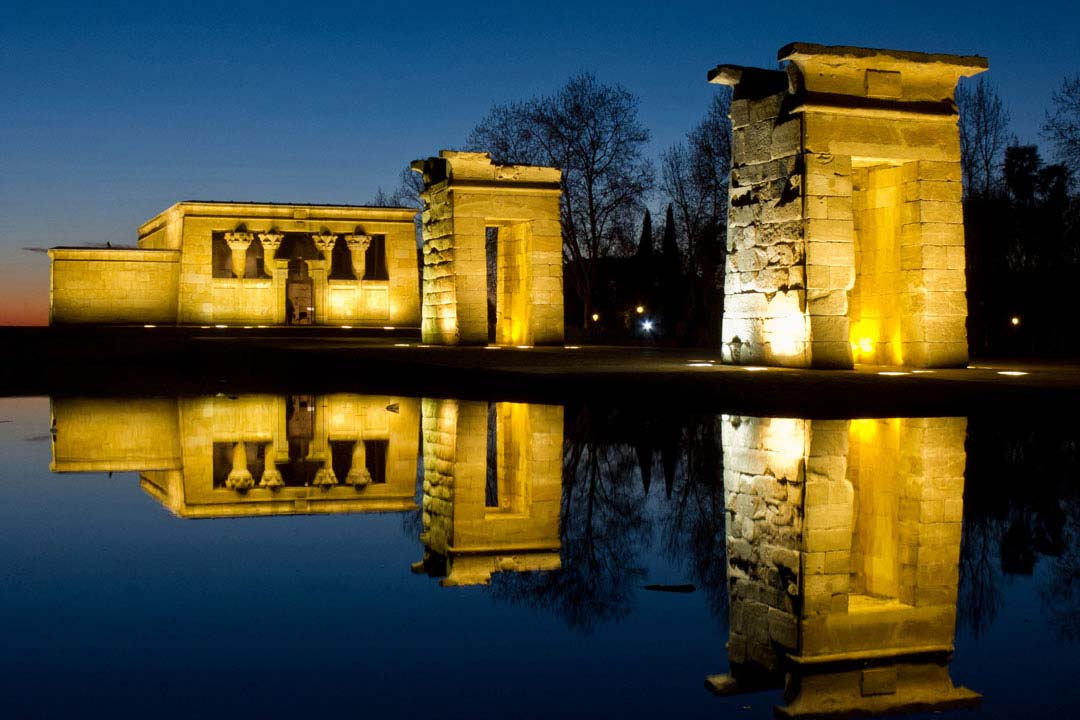 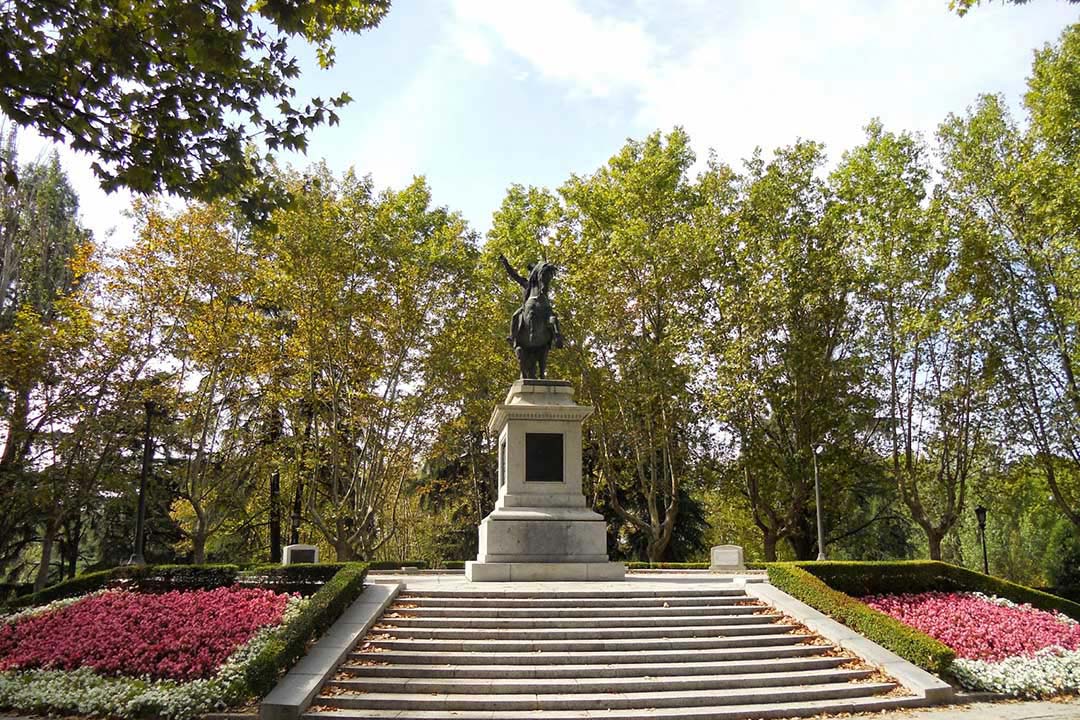 Yes, there is an Egyptian temple in downtown Madrid!

The temple was donated to Spain in 1968 by the Egyptian government to save it from floods following the construction of the great Aswan Dam.

Dating back to the 2nd century BC, this temple was dedicated to the god Amon of Thebes, about 20km south of Philae in the Nubian desert of southern Egypt.

According to some authors of myth and legend, the goddess Isis gave birth to Horus in this temple.

The views from the surrounding gardens towards the Palacio Real and the west suburbs are awesome, you’ll shoot wonderful picture. It was opened to the public in 1972. The reconstruction in Madrid kept the building’s original orientation; that is to say, from East to West. 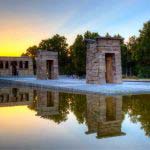 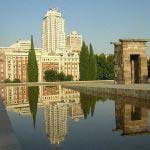 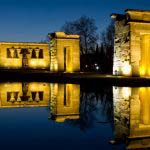 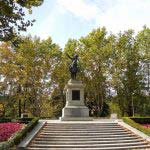