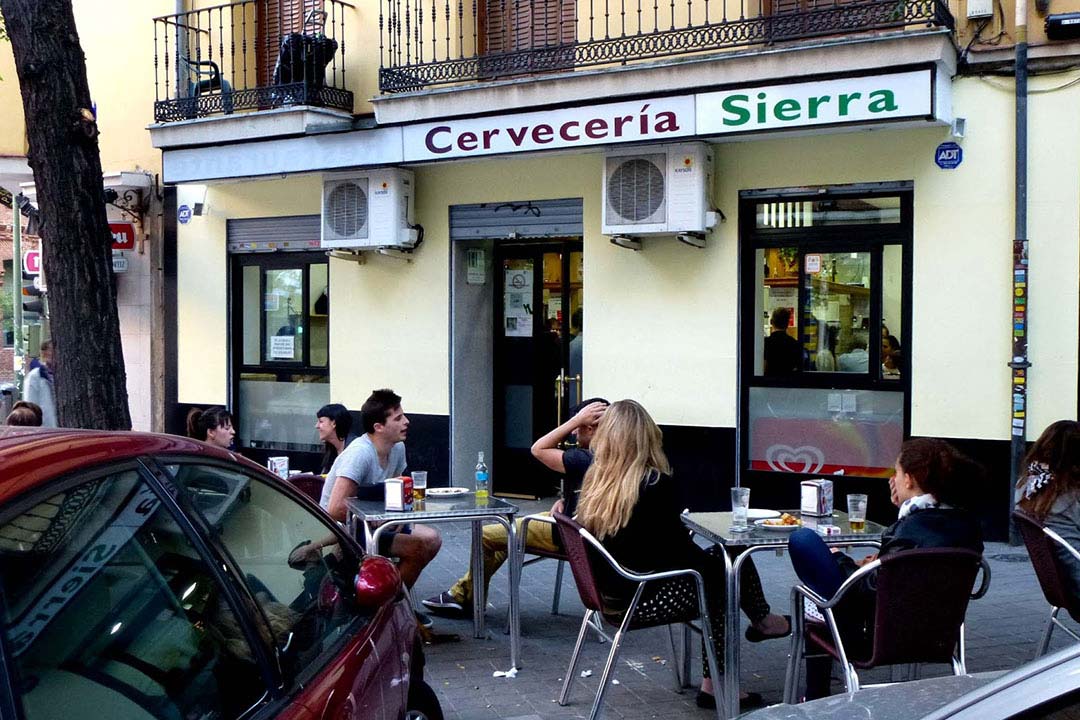 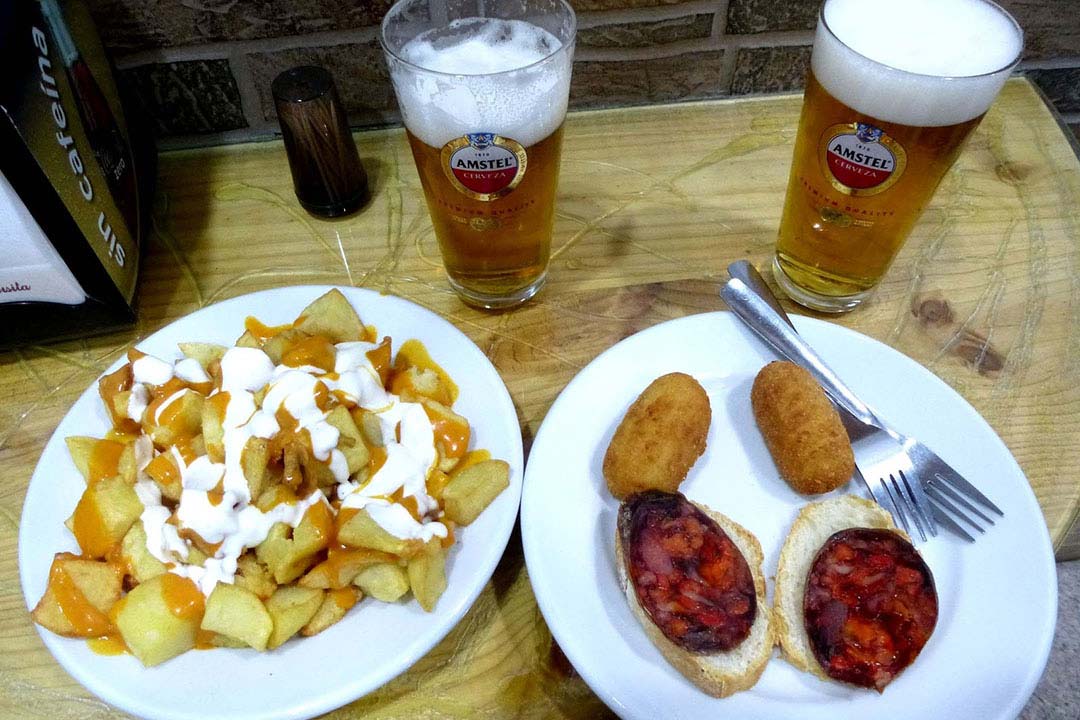 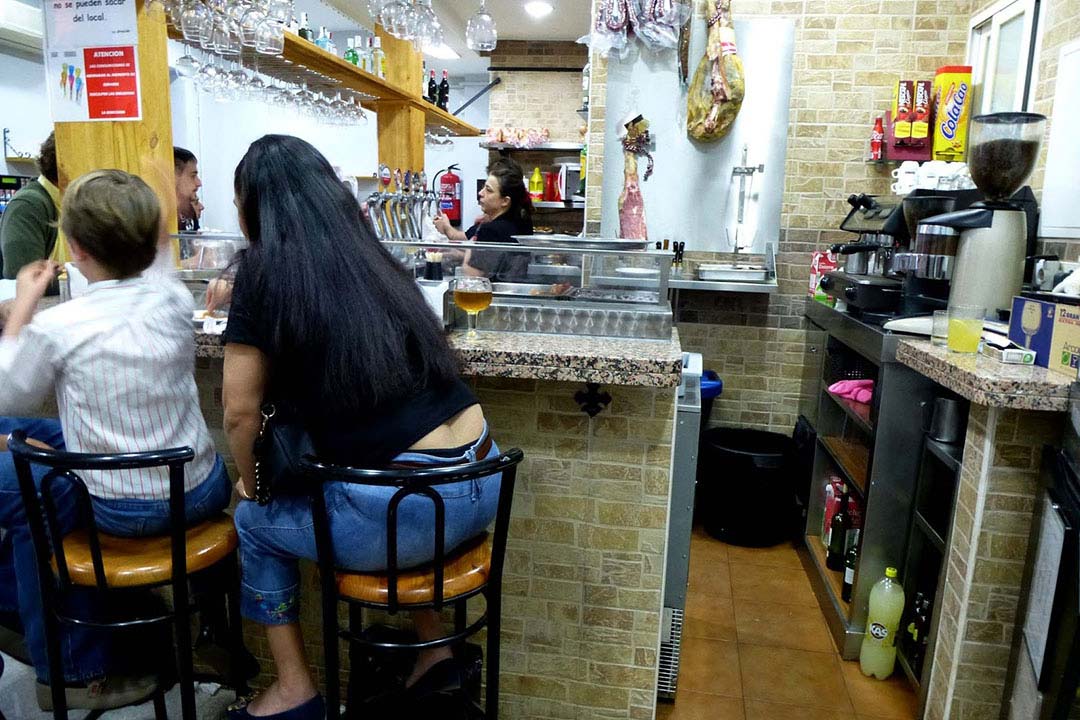 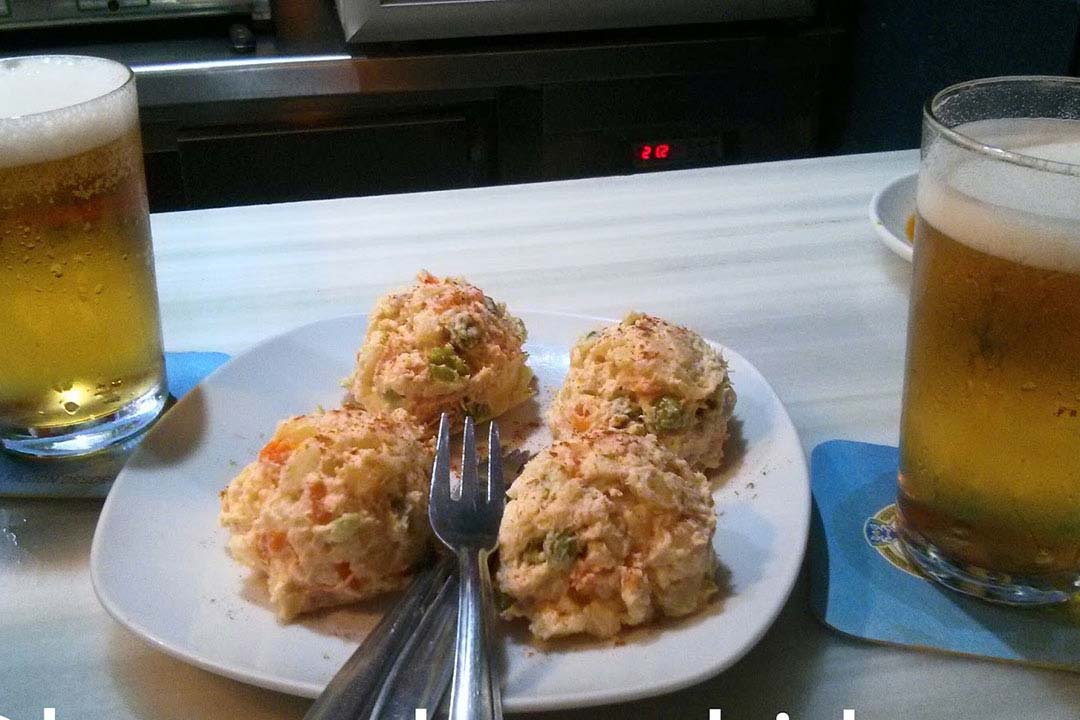 On the terrace it is complicated to find a site, but it is so delightful. You’ll see very handsome masculine guys with their friends.

The rule to follow on La Sierra is similar to the bar par excellence called “El Tigre”. But la Cervecería Sierra is for locals, that’s much better:)

With a 2.50€ large draft beer you’ll get abundant tapas. Impossible to have dinner later on…

You will not leave hungry for sure. 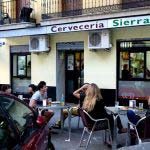 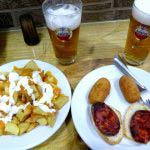 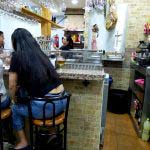 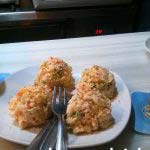